Highlights of the
Report
Macro-Financial Risks:

Highlights of the
agreement

14. Sushaasan Express
flagged off by the Union Ministry of Mines and Steel
Other announcements
made during the function 17. Indian Army
launched Operation All Out against Bodo militants in Assam 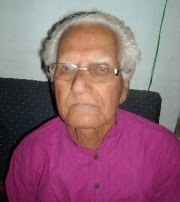 39. India won Gold in
World Youth Under-16 Chess Olympiad
40. Phillip Hughes’
bat to be taken to top of Everest