Hello and welcome to exampundit. Here is the first set of Current Affairs quiz based on the current affairs from May, 2017.

1. 1) The Cabinet Committee on
Economic Affairs (CCEA), chaired by the Prime Minister Narendra Modi, on 3 May
2017 approval the re-structuring the schemes of Union Ministry of Food
Processing Industries (MoFPI) under Central Sector Scheme SAMPADA. SAMPADA,
with an allocation of Rs 6000 crore, is expected to leverage investment of Rs
31400 crore and will handle 334 lakh MT agro-produce valuing Rs 104125 crore.
2. 5) TCS has opened its first
Drones Research Lab in the US at its Seven Hills Park Innovation Center located
in Cincinnati, Ohio, to address the rapidly expanding demand for unmanned
aerial vehicles and business solutions across industries.
3. 2) China-sponsored Asian
Infrastructure Investment Bank approved $160 million loan for a power project
in Andhra Pradesh, the first credit from the bank for an Indian project.
4. 3) Madhya Pradesh became the first
state in the country to formally switch to a January-December financial year
format.
5. 5) Country’s largest lender
State Bank of India has cut its term deposit rates by up to 50 basis points for
various maturities. The rates have been revised for medium and long term
deposits and for amount below Rs one crore.
6. 4) The Department of Telecom
(DoT) on 2 May 2017 launched ‘Tarang Sanchar’ web portal, a portal that will
allow people to track radiation emitted from mobile towers within a locality
and check their compliance with the stipulated norms.
7. 5) Railways Ministry on 3 may
2017 announced to build the world’s highest railway bridge over the Chenab
river in Jammu and Kashmir in around two years from now. The construction of
this 1.315 km long highest bridge will require over 24000 tonnes of steel and
will rise 359 m above the river bed.
8. 2) Prime Minister Narendra
Modi on 3 May 2017 inaugurated Patanjali Research Institute at Haridwar,
Uttarakhand.
9. 1) Indian Space Research
organisation (ISRO) on 5 May 2017 successfully launched the South Asia
Satellite. Participating nations: Six of India’s neighbours including
Afghanistan, Bangladesh, Bhutan, Nepal, Srilanka and the Maldives were the
participants of the space-based regional communication project.
10. 2) The Insolvency and
Bankruptcy Board of India (IBBI) on 4 May 2017 constituted a Technical
Committee to lay down technical standards for performance of core services in
accordance with Regulation 14 of the IBBI (Information Utilities) Regulations,
2017. The committee will be headed by RB Barman, Chairman of National
Statistical Commission.
11. 4) JCB is a global payment
company and leading credit card issuer and acquirer in Japan.
12. 3) India and Cyprus signed Work
Plan under programme of Cooperation in the field of Agriculture for 2017- 18.
13. 4) Ganga Swachhta Sankalp
Divas was observed on 2 May 2017 by the National Mission on Clean Ganga (NMCG)
at 12 locations including Allahabad, Varanasi, Kanpur, Patna, Sahibganj,
Bhagalpur, Raj Ghat (Hardoi), Kolkatta, Srinagar ( Uttarakhand), Bithoor, Devprayag
and Vidhur Kuti.
14. 1) Dubai became the first
city in the world to get its own Microsoft Font.
15. 2) Indore in Madhya Pradesh
is India’s cleanest city while Gonda in Uttar Pradesh is the dirtiest,
according to the ‘Swachh Survekshan-2017’.
16. 5) The world level weapon
production unit “Punj Lyod Defence System” was inaugurated in Malanpur
Industrial Area of Bhind district of Madhya Pradesh.
17. 5) World Asthma Day is
observed on the first Tuesday of May every year. The World Asthma Day 2017 was
observed across the world on 2 May 2017 with the theme ‘Asthma: Better Air,
Better Breathing’.
18. 3) World Press Freedom Day
was observed worldwide on 3 May 2017 with the theme ‘Critical Minds for
Critical Times: Media’s role in advancing peaceful, just and inclusive
societies’.
19. 4) Aizwal FC won the 2016-17
I-League.
20. 1) Facebook on 4 May 2017
launched Express WiFi service commercially in India.
Don’t Miss: 90+ Questions on CA, Sectional Quizzes, Detailed Current Affairs – The EP Magazine – Download from here 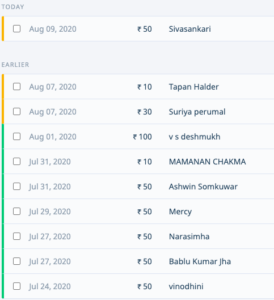